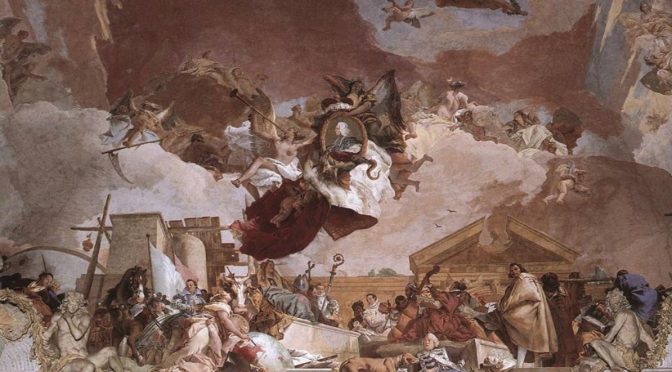 Is culture the heart of Europe, and if so, is it doing enough to lead Europe – and challenge it? In a Britain beset by the uncertainties of the Brexit project, how can we rethink our European identity as more cultural than political? The ERC funded Beyond Enemy Lines project and the Centre for Modern Literature and Culture at King’s College London present a one day symposium bringing together activists, creative artists and academics to ask urgent questions about Europe, past and present. Speakers include Perry Anderson, Elisabeth Åsbrink, Tash Aw, George Blaustein, Stephen Brockmann, Lara Feigel, Myriam Francois, Alicja Gescinska, Srećko Horvat, Gavin Jacobson, Esther Kinsky, Olivia McCannon, Suketu Mehta, Ruth Padel, Ben Schofield, Lyndsey Stonebridge and Adam Thirlwell. The evening panel is a collaboration with Granta magazine, launching Granta 149 – Europe: Strangers in the Land.

Where did the notion of a united Europe begin and what role did culture play? Is the strength of the European project its inflection by memories of historical disaster, or have we reached a point where we’re paralysed by those memories and unable to face the different challenges of the present? Is Europe a progressive idea and what happens when the notion of progress that it represents seems to belong to the past, or to institutions now seen as neo-liberal, rather than liberal? How can we rehabilitate the past and open ourselves to new European futures? Here four specialists on the immediate post Second World War era come together from Sweden, Holland, the UK and the US to ask about the role of Europe’s history in Europe’s present.

What is the future for the EU? What is the future for committed Europeans in Britain? How can we come together with Europeans elsewhere to build a Europe we remain part of and believe in; one that learns from the past without becoming stuck in the past, and looks to the future with openness and hope? Building on the themes explored in Poetry from the future: Why a global liberation movement is our civilisation’s last chance (Penguin, 2019), renowned activist and author Srećko Horvat will give his take on the present and future of Europe.

(*On 6 November, Srećko will also run a workshop on literature and activism entitled ‘Why – and what – Europe is worth fighting for?’ Click here for further details).

Are cosmopolitanism and the traditions of the outward-looking, rootless intellectual the way forward for the European project, or is this a model that needs rethinking? What is the relationship between cosmopolitan ideals of European culture and the transnational political order that the EU has ended up constructing? If culture was instrumental to the forging of the EU (allowing us to move beyond the ruins of 1945 to a more collaborative world), can culture be instrumental to reforging it now? Are we too addicted to cultural pessimism? Here writer and translator Esther Kinsky and novelist and critic Adam Thirlwell will join Professor Lyndsey Stonebridge (author of Placeless People: Writing, Rights and Refugees (Oxford, 2018) and Gavin Jacobson (contributing editor at the New Statesman).

Are we talking about the Europe of Paris, Berlin or Sarajevo? The Europe or Marcel Proust or Milan Kundera, of the Spanish empire or the classical Greek past, of contemporary grass-roots cultural activists, or of multilingual migrant and post migrant communities for whom Europe is both an ideal, and in an era of populism, an antagonist? The Europe of artists, of politicians, or of citizens? How can we account for the multiple centres and peripheries within Europe? How do culture and citizenship interact? And most importantly, can we use the recent waves of immigration as a chance to regenerate Europe and reconnect to the largest traditions? In the words of Suketu Mehta in his ‘immigrant’s manifesto’, ‘the West is being destroyed, not by migrants, but by the fear of migrants.’ What is the solution and what role do artists and activists have to play? Here the Anglo-French writer and broadcaster Myriam François will join Perry Anderson (author of The New Old World), New-York based Indian writer Suketu Mehta and the King’s academic Ben Schofield to debate these questions.

The day will conclude with an evening panel on the idea of Europe which will launch Granta 149 – Europe: Strangers in the Land. The evening panel can be attended either independently or as part of the symposium, and will be followed by a drinks reception.

Here the London-based Malaysian novelist Tash Aw will join the Dutch novelist, philosopher and MEP candidate Alicja Gescinska and the activist and writer Srecko Horvat to discuss the present and future of Europe.

Click here register for the symposium and / or the evening panel on 7 November.

*Click here to find out more and here to register for the workshop with Srećko Horvat on 6 November.