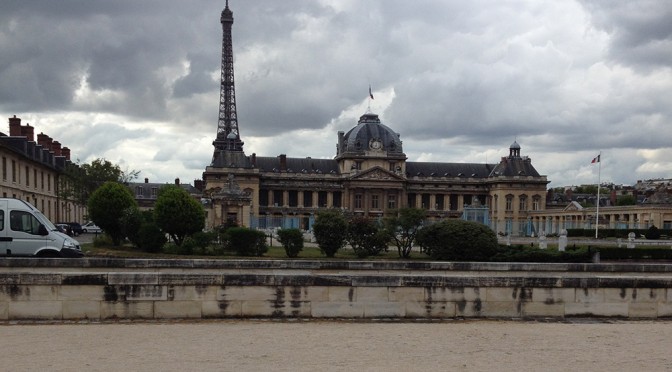 It seemed rather ironic that the organisation founded on the basis of the above quotation is located next door to the French École Militaire housing the École de Guerre (War School)! Neighbours from hell, or reliant on each other for their existence…This was my initial pensée as I arrived at the UNESCO archive during a recent visit to UNESCO Headquarters, Paris, a space clinking with cultural activity and fizzing with positive energy. As I made for the archive each day, a new conference or exhibition was, unfailingly, setting up.

My focus was UNESCO’s role in the cultural reconstruction of Germany after the Second World War. As a country occupied by American, British, French and Russian forces, and not a member of the newly-founded United Nations Educational, Scientific and Cultural Organization, Germany remained excluded from UNESCO’s activities for more than three years after the German generals finally capitulated in May 1945. Consequently, two parallel programmes for ‘reconstruction’ were underway in Europe from 1946 – one conducted by the Allies in Germany and the other coordinated by UNESCO. With the term ‘reconstruction’ I refer to physical and mental reconstruction, including restocking libraries and kitting out schools, which in turn aided the re-programming of hearts and minds so that they tended towards international understanding as opposed to the destructive nationalisms of times past. It was not until very late in 1948 that UNESCO was given leave by three of the four Allied Authorities to extend its programme of activities to Germany. These activities included facilitating work to eliminate illiteracy, developing adult education provision, improving libraries and training librarians, re-starting the Index Translationum (a bibliography of translations first published by the League of Nations dating from 1932), and aiding the production of radio programmes and the organisation of lectures on subjects which supported UNESCO’s own aims. 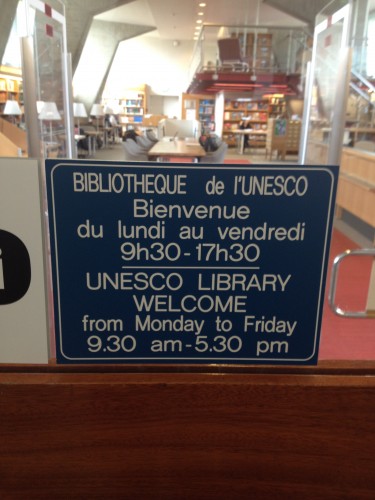 For the purposes of studying cultural transfer and exchange (which is my own specialism, and a major component of ‘Beyond Enemy Lines’), the Index Translationum is a fascinating publication. It lists texts translated in each country and, usefully, details who the translators and the publishers were. Crucially, the Index does include information on translations in Germany and thus raises such questions as to how particular texts came to be translated (who commissioned the work) and why their translations were deemed worthy or necessary when viewed against the backdrop of cultural reconstruction and ‘(re-)education’. These are some of the questions which the project will continue to probe both here on our blog, and at our workshops and conferences….